Why do we go on vacation? What drives us all to save up significant sums of money, spend weeks on planning, wade through traffic and security lines, and monitor weather forecasts for days to determine exactly what to pack?

When I was in my 20s, I placed myself firmly in the first category. I traveled to experience other cultures, peoples and environments, and every day on the road was jam-packed with activity, a wonderful sensory overload. I looked down on those who had no desire to fill their vacations with museum visits and walking tours; I judged those who chose convenient private shuttles over colorful public transit; and I privately side-eyed families who preferred to lounge on a beach rather than go for a paddle or take a hike.

I now realize that I once judged people who wanted a mindless escape because I was privileged. My everyday life was so carefree, I didn’t need an escape. I lived in places with mild climates. I worked in a fun, low-stress field. My colleagues were my friends, and the leadership encouraged a healthy work-life balance. I commuted by bike or bus in less than 30 minutes. I lived steps away from beautiful parks, airy cafes and world-class restaurants and breweries.

Today, my life is still marked by immense privilege and is relatively carefree, but it looks a bit different than it did before. My commute is long. I work harder. My state’s winters are cold and barren, keeping me mostly indoors for half of the year. Single-origin coffees and artisanal cocktails are 30 miles away. And so I’ve started to come around to the idea of a vacation premised on relaxation.

Which brings me to August 2019, when my husband and I headed to the town of Sorrento — not the overcrowded one on the Amalfi Coast of Italy, but the rural one on a tiny peninsula in a state that proudly proclaims itself “Vacationland.”

Ian’s and my four days in Sorrento marked the first leg of a three-stop vacation; we were next headed to Quebec City, then to Montreal. I thought it would be a pleasant few days whose memories would ultimately be overshadowed by the culture and scenery of French Canada. But for me it turned out to be the highlight of the vacation — and, hell, the highlight of my 2019. 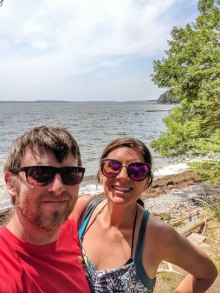 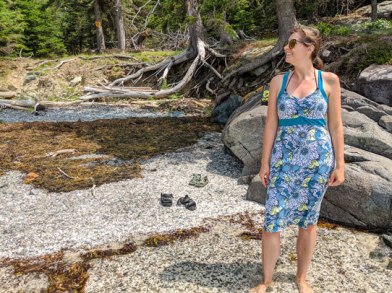 Both of us had been itching to get to Maine for years, long before we moved to New England. Like Vermont, it was a state we both knew we would love, if only for its rugged coastal scenery, which reminded us both of our West Coast homes. So when we found out that Ian’s coworker Celia owned a summer house in Sorrento, and that she was happy to let us stay for free in exchange for a bit of manual labor, we pretty much packed our bags on the spot.

After a slog through Boston traffic, a quick dinner at the legendary Great Lost Bear in Portland and a quick grocery run, we arrived at our destination in the dark and fell straight to sleep. Little did we know that in the morning, heaven awaited us. 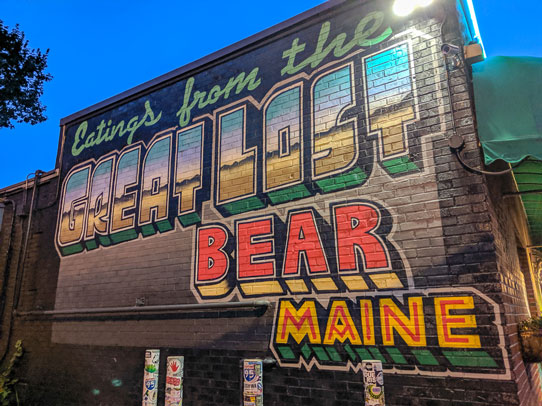 We spent a lazy morning lingering over coffee and wandering through the rooms of the worn, lived-in house. This wasn’t like the pristine, anonymous, nautical-themed vacation homes you can find in spades on Airbnb. It had been built more than a century ago and hadn’t been remodeled in at least two generations. Some kitchen appliances were more than a few decades old, and we puzzled over their unfamiliar switches and knobs. There was no upstairs hallway connecting the four bedrooms — which meant that most guests would find themselves traveling through other guests’ bedrooms to access the single bathroom. And there was no internet service whatsoever.

In short, it was perfect. 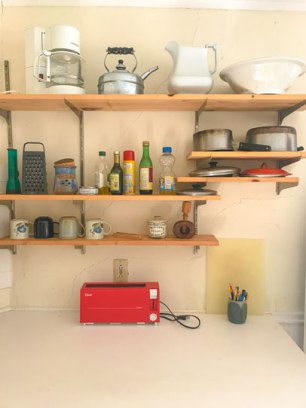 That morning, over coffee, I holed up in the library/music room and read up on Sorrento’s history. Long home to the Penobscot and Maliseet Native American tribes, the small peninsula first became a summer colony for wealthy white East Coasters in the 1880s with the construction of a gigantic resort and several individual family homes. After the resort burned down just a couple of decades later, many moved on to new vacation hotspots, and Sorrento’s seasonal population decreased considerably. Today, the population of Sorrento hovers around 275, and the town has no grocery stores or restaurants.

We walked in a loop around Bean Point, the most densely settled part of Sorrento, to get our bearings. It was easy to picture the lively summer scene it must have been at the turn of the century. The small village green, where couples and friends used to gossip and people-watch in their long dresses and linen suits, is still there. So is the dock, where a ferry once stopped on the way to Bar Harbor and Hancock. The harbor is still packed with boats owned by part-time residents. And the elegant Victorian homes still line Ocean Avenue. 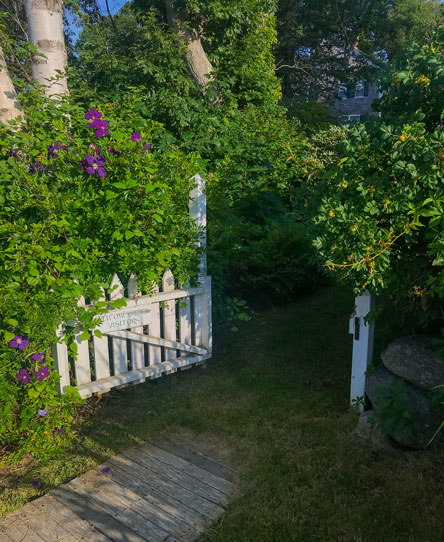 It’s also easy to see why the place captured vacationers’ imaginations all those years ago. I could have spent hours gazing out at the Mount Desert Narrows, watching the dramatic receding tide and observing the shifting shadows on Acadia’s peaks. 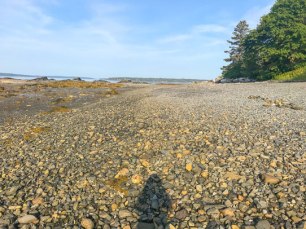 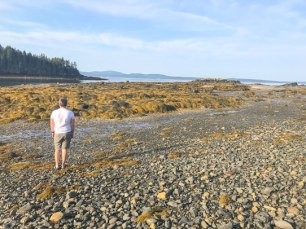 In the afternoon, we took the household canoe for a spin. The very second my oar hit the water, it was as if I had left the material world behind and entered some sort of weightless, timeless eden. The burden of every mundane preoccupation melted off my shoulders. All that mattered were the boats, the gentle waves, the trees and the breeze.

Following the recommendation of Celia and her husband, Tom, we tied the canoe to a huge tree root on one side of Preble Island, then we took a five-minute hike across the heavily forested land to a rocky beach on the other side. 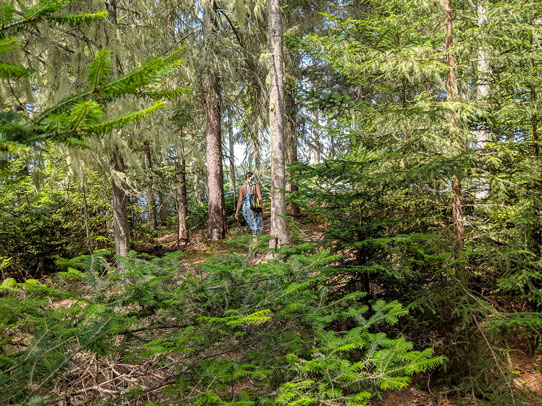 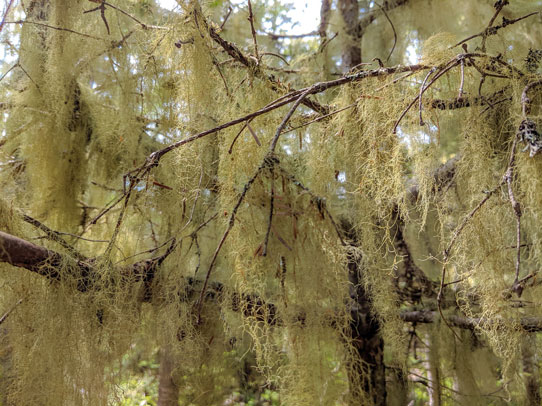 We happily whiled away several hours there, looking at shells and floating jellyfish, following the flight path of a family of bald eagles, reading, peeling oranges and getting lost in thought. I never thought I could find so much enjoyment in lazing on a beach with no sand and water too cold to swim in. That afternoon felt, to me, like the very essence of a New England summer. 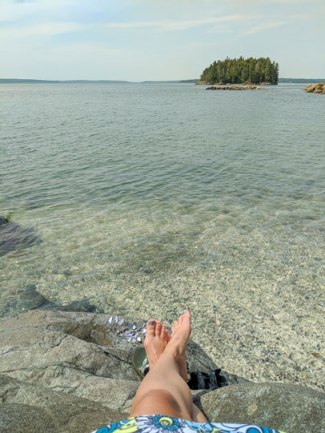 We finished the day by completing some simple chores we had been assigned by the homeowners. Ian found supplies for repainting the bathroom, and I chatted up some neighbors while pulling weeds in the front yard.

A painting-related errand took us to nearby Ellsworth, the main gateway to Mount Desert Island and Acadia National Park. The trip down State Route 1 gave us an opportunity to take in the beautiful coastal scenery we had missed the night before — and a chance to stake out the best local markets, produce stands and lobster shacks.

We made an impromptu decision to stop at one and order two live lobsters on ice. Thirty minutes of Googling later, we made our first attempt at boiling, dismantling and eating them at home, and what a joy it was. The simultaneous adventure and luxury of eating shellfish will never get old to me.

The next morning, we set off early for a day of biking Acadia’s carriage trails — a story for another post.

For our final full day in Maine, our only objective was to duplicate the lazy joy we’d felt on our first day. As Ian finished up painting the bathroom, I delved further into town history, reading about some of the families who had once owned some of the sprawling waterfront compounds and discovering that Sorrento’s old library, church and post office all still stand today.

We took the canoe further afield this time, circumnavigating Preble Island and gazing at some privately owned islands from afar. (I had read that nearby Calf Island has its own private chapel.) But soon we were back on our beloved rocky beach, reading and napping as before. 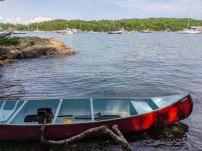 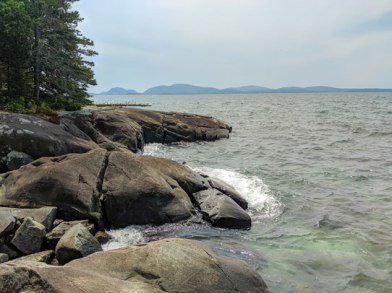 In the late afternoon, I coaxed Ian out for a walk to find the landmarks I’d read about. We peered into the charming church and library and, to our surprise, stumbled across a perfectly manicured croquet court open to town residents. 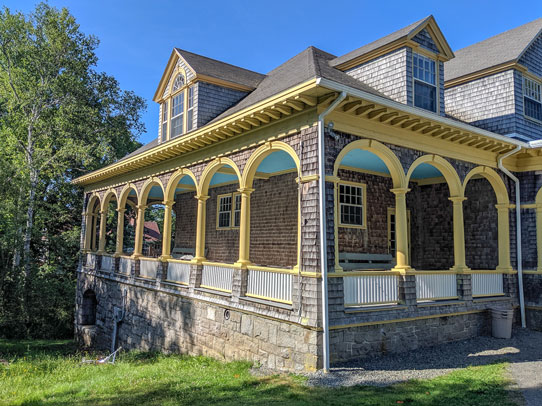 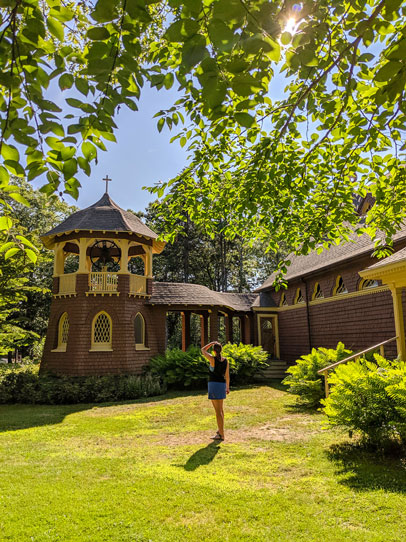 We took the long way home, lazily stumbling through the streets of Bean Point and fantasizing about buying one of the vacation homes for sale there and spending weeks on end in this magical place. 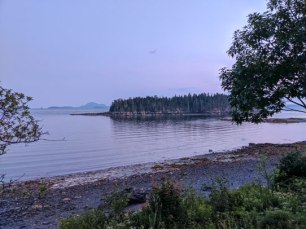 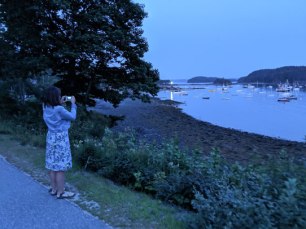 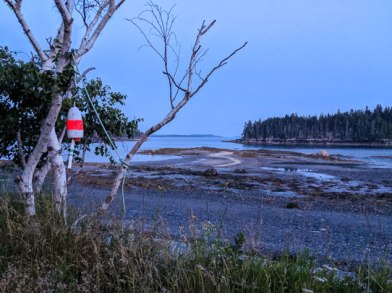 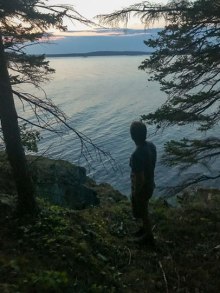 On our final morning in Maine, I woke up early and sat with a cup of coffee and my thoughts. What was it about Sorrento that had captured my imagination and made me so deliriously happy? Maybe it was the weather — the cool breezes, temperate sunny afternoons and minimal humidity reminded me so much of home. Or maybe it was the peaceful joy I derived from gazing at the rugged coastal scenery from the bow of a canoe.

It was then that I tried to recall the last time I had gone offline for three unbroken days. Then it came to me: About a decade ago, when I was back home in California for the summer doing two newspaper internships, I spent a long weekend with my family at Echo Lake. The high-altitude lake in the Sierras exists a world away from 9-to-5 life. There are no roads around the lake, and many hike to their accommodations via the Pacific Crest Trail. The lakeside cabins aren’t connected to power lines, so you’ll see very few lights on after dark. I recall spending our days here fishing off the deck, sunbathing on the rocks, engaging in lively political debates, reading old history and nature books that previous guests had left behind, and hiking in desolation wilderness. 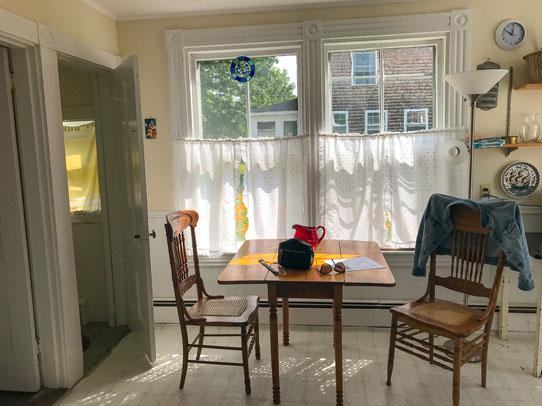 I remember that long weekend at Echo Lake more vividly than I remember some vacations I took last year — possibly because, thanks to a lack of Wi-fi and poor cell service, I was fully present and engaged. And as I sat at the dining table that morning in Sorrento and drew a connection between the two internet-less experiences, I realized I needed to disconnect more often, for my own health and happiness.

It’s too dramatic to say our trip to Maine changed me, or that it transformed my relationship to the internet. But it did seize me by the shoulders, shake me a little, and deliver some much-needed real talk. I, like many millennials today, am addicted to the web and to social media. Without it, I feel a little helpless and strange, hobbled by the inability to look up nearby restaurants for dinner and worried that my meaningful experiences have less meaning if I don’t share them with friends. But the reality is, the days I spend disconnected from the internet are days I enjoy more thoroughly, without fail. 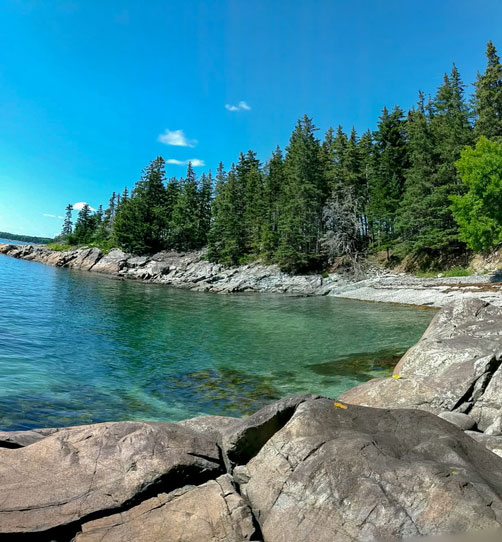 I’ve since made an effort to carve out more time for internet-less days and weekends — Saturday bike rides in a neighboring county or state, outings to the Cape or a coastal Connecticut town, or simple days spent reading and lazing at the local beach. And I’ve begun dreaming of Wifi-free trips to the Adirondacks in New York, the White Mountains in New Hampshire and Prince Edward Island.

Of course, I’ll also be returning to America’s Vacationland for an unplugged summer vacation just as soon as I’m able. 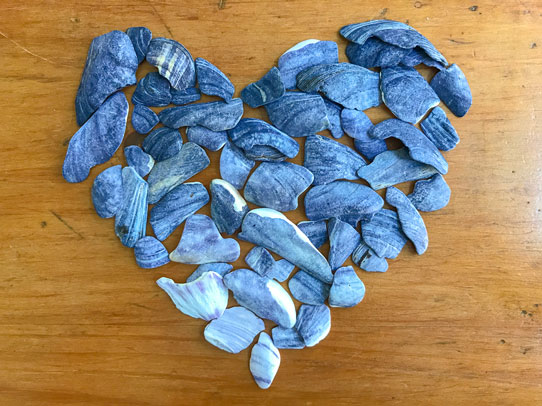