Everyone thinks the best stories come from the wildest adventures, like getting lost in the Himalayas or kayaking down a hundred-foot waterfall in the Amazon. But sometimes a great adventure story comes from the simplest act of moving outside one’s comfort zone. In the case of Dominic Standish, this act was moving from England to Italy and getting married four days later.

To be fair, it’s not quite as adventurous as it all sounds. “All the men wondered how I’d managed to find a wife in four days,” Standish said, “and I pointed out to them that I’d met her a while ago in England.”

Still, a permanent move to a country whose culture and language was at the time totally foreign to him was adventure enough. Though he knew little about the way Italians behaved and could barely communicate with them, his eyes helped him discern the subtle differences. “Because I was coming to a new culture and a new country, I was making observations all the time,” Standish said.

And he began to write about them, shedding light on the interesting quirks of Italian life that Italians themselves weren’t aware of. Shortly thereafter, he was offered a position as a contributing writer for the International Herald Tribune by an editor interested in input from a fresh pair of eyes. The fact of his expatriatism was, then, the secret to his success.

Starting out a writing career as an international reporter, Standish said, “gives you the chance to get our foot in the door because you’re immediately perceived as having a different perspective on things,” something publications always look for in a prospective employee.

Hearing Standish’s story made me think about the role of the expatriate journalist. While expats in general are enthusiastic to immerse themselves in a different culture than that of their home country, to what extent should journalists living in a foreign country do so? Do they have a responsibility to retain vivid memories of their upbringing in their respective former homelands for purpose of cultural observation? If they become completely immersed in another culture, will they lose that essential talent for observing culutral differences once they take life in their new home country for granted?

I wonder this because, if I were to move to a different country permanently, I’d want to truly immerse myself and be one with the community. Perhaps in the process, though, I’d forget things about life in the U.S. and consequently stop spotting the cultural differences that were once what made my writing stand out. 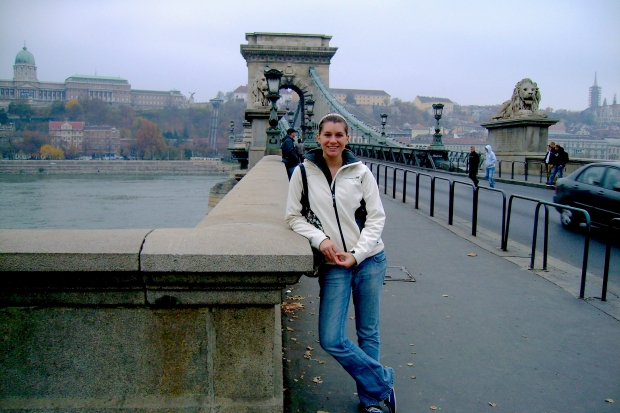 But maybe there’s no cause to worry: Dominic Standish said he still feels like he never wears the right leather shoes to fit in completely with his Italian friends, and he still expects his children to sit at the table until they’re done with dinner even though sitting down to dinner as a family is no longer a common practice among modern Italian families.

But, Standish jokes, “we don’t have a bonfire in our backyard” on Nov. 5 to celebrate Guy Fawkes Day, nor does he yearn for the supermarket aisles of Marks & Spencer. He’s let some of the Italian culture seep in while retaining his own identity, blurring the lines between expat and Italian citizen.

Or, as he puts it, “My role is less defined by patriotism. I regard myself as a citizen of the world.”