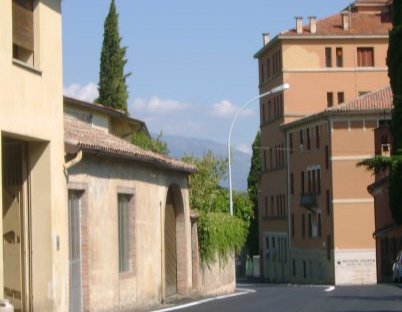 “I think about four or five.”

Never had one sentence, especially one said so off-handedly, made me want to scream in agony and burst out laughing simultaneously.

I thought this whole day—which included a weepy goodbye to my parents, two international flights totaling 13 hours, and luggage-hauling at the Venice airport and train station in 80-degree weather—had toyed with my emotions enough. I thought once we got on the train bound for our ultimate destination, I might feel some relief. I was wrong. 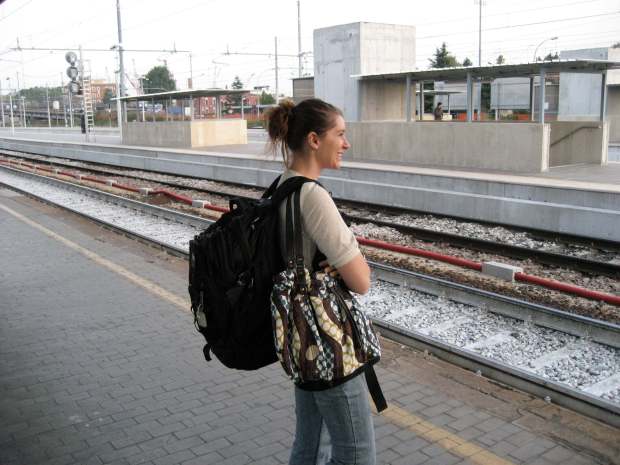 According to Mandy, the resident intern who guided our group of eight to our train in Venice and filled us in on the specifics of our study abroad program, “about four or five” was the number of journalism students enrolled; business majors outnumbered us at least 20 to one. Was this statistic frustrating? Disappointing? Humorously endearing? My mind wasn’t sure; it was 6 a.m. Pacific Standard Time and I hadn’t gotten a wink of sleep for 24 hours.

On the one hand, I thought, the notion of spending three months with close to a hundred people whose class titles I did not understand sounded horrendous. On the other, suggested the glass-half-full voice in the back of my mind, being in the minority would give me a chance to learn more about the kind of students I never befriended back in the United States.

Almost all of my travel companions, who I’d met on the flight from Frankfurt to Venice, were from the Midwest. They studied finance, accounting and strategic communication, three subjects I couldn’t define. Their conversations seemed to revolve around chain steakhouses I’d never heard of, closets full of shoes I couldn’t afford, and social and political commentary I didn’t agree with. What was I, a vegetarian left-winger who didn’t even own a decent pair of pumps, to do?

I sat in silence for most of the hour-long trip to Bassano del Grappa. I didn’t have much to say about steak. Instead, I thought about the Italians I’d encountered so far. I overheard a young woman riding the bus to the train station talking to a friend on her cell phone. “I’m on the way to the train station, but I’ll be back tomorrow,” she said. “Let’s have dinner. OK. Ciao Ciao.” The man at the train station’s ticket counter asked me how I was, and when I said, “Bene, fa bel tempo (I’m doing well; the weather is nice),” he smiled and nodded. And when the old man with the cane spotted an old friend in the same train car, he slapped his pal jovially on the back the same way any American man would.

They spoke a different language and a few of the illustrations on their road signs confused me, but I felt very few barriers between these foreigners and myself. Their conversation topics were familiar; their mannerisms were surprisingly similar to my own.

As I sat pondering my odd familiarity with foreigners, I could not have felt further away from the Americans in the seats across from me. I suddenly understood just how much studying abroad demands exploration outside one’s comfort zone. Before, I considered the U.S. to be my official comfort zone. But on my first day in Italy, I learned more about my homeland than I did about the Veneto.