Each day here is a new adventure, even if we’re on campus and in classes all day. Granted, we’ve only been here for five days–but I get the feeling that the real reason we haven’t yet established a sense of routine is our crazy orientation schedule, which has us clambering over 15-foot walls one day and solving the case of the “red sweat” the next.

CIMBA’s orientation process stresses leadership above all else, which is appropriate for a school mostly made up of business students. Many of the activities we do don’t apply to my chosen profession–whenever we practice problem-solving techniques in small groups, the activity leaders ask us how we’ll put it to better use “in the business world”–but I try to look at the activities as a good way to practice leadership and problem-solving skills even I will use in the workplace at some point.

Yesterday’s activities were slightly less physically demanding than those on Wednesday. We sat through a seminar that ran all morning and most of the afternoon, learning how to weigh options first in a general context (deciding where to go during the travel week) and then in a business context (take into consideration cost, others’ preferences and who will be affected to make the best decision for the corporation). I was a little frustrated that I had to spend a whole day learning things I’d never need to know as a reporter. The best thing I took from the day was a packet about cool destinations in Ljubljana, Cinque Terre and Florence, which we had used for the first workshop.

Today was slightly more illuminating and useful. The problem-solving seminar continued until roughly lunch, then in the afternoon we had a travel seminar that gave us some useful tips on safety, tickets and airlines and an interesting lecture on cultural differences between countries. Italy apparently boasts the highest car-per-capita and cell phone-per-capita numbers in the world, and predictably enough, the highest wine and pasta intake as well. I was surprised to learn, though, that a cup of American coffee is five times as charged with caffeine as one Italian espresso. No wonder I’ve been so tired!

Some of the classes and seminars are really interesting so far, but as of now, I’ve had the most fun meeting new people. There are so many different people from different places that it’s interesting to hear their perspectives–and their funny accents! I’ve never met so many people who say “y’all” in normal conversation. 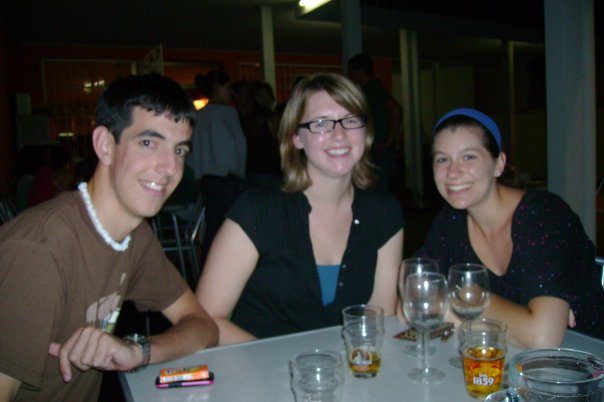 Since this weekend was half-dashed by Saturday classes, I haven’t planned any sort of grand trip. I know a lot of people had planned to hike on Mt. Grappa tomorrow morning, and I wanted to go with someone on a day trip to Venice just to get a feel for the city, but I think neither of those things will be possible due to the rain and thunderstorms that so suddenly started yesterday afternoon. Three of us may make a short trip to Asolo, which is a short way down the road from here and is supposed to be a beautiful little town.

Next Friday many of us are going on a CIMBA-organized trip to Trieste, the Austro-Italian city right on the border next to Slovenia, and a lot of people are planning to make the most out of it by catching a train to Ljubljana and staying there over the weekend. My fellow travelers and I were wary to do the same, though, because train ticket prices are not posted online and are supposedly very expensive. Instead, we booked rooms in a bed-and-breakfast a few minutes outside the city center of Padova, where we plan to stay for the night and the entirety of Saturday before we head north again for a day trip in Venice. It’ll be a good warm-up for what I’m sure will be a hectic first travel week. Right now, it’s looking like I may go to Spain and possibly Paris.

READ NEXT: Watching soccer and exploring the Veneto

One thought on “Talk of travels and rain”